The Transgender Day of Remembrance is held around the 20th of November every year, to commemorate all those who have lost their lives as a result of anti-trans hatred.

It was organised by Camden LGBT Forum in partnership with the trans community, and funded by Camden Council. 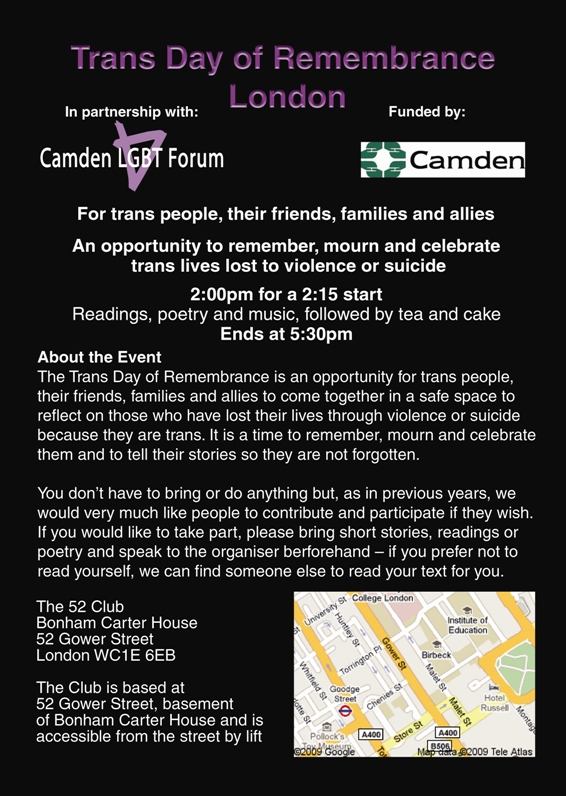