Click on either picture to see a larger version 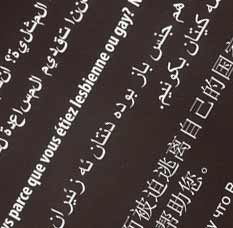 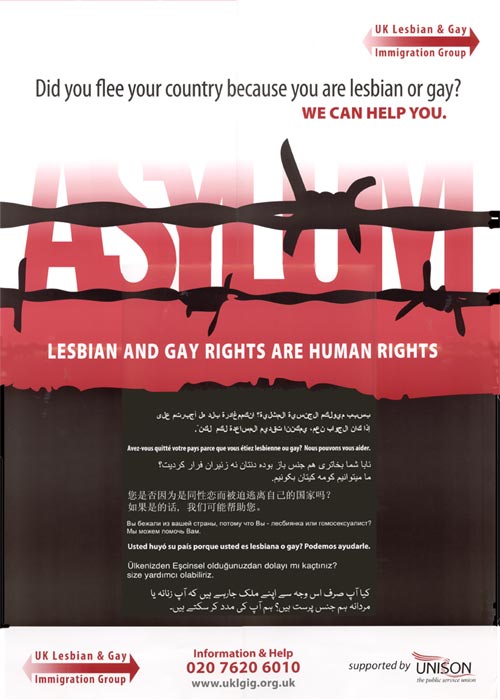 We have heard of several cases where our asylum system has deported genuine lesbian and gay asylum seekers who have presented valid cases for asylum. We know that a high proportion of asylum seekers 'disappear' and live outside the law, unable to work legally, and without access to services. The rate of application failures undoubtedly contributes to this.

Those who 'disappear' become part of a group outside the law, with no access to services and at risk of criminal exploitation and blackmail.

To help protect LGBT asylum seekers, and help keep them within the law, we got posters from the UK Lesbian and Gay Asylum Group, paid for by the Campaign for Homosexual Equality. Over twenty were displayed (with the help of the Migrant Helpline and other bodies) in the offices that asylum seekers have to attend, in Croydon, to obtain basic provision in the UK.

Lesbian and Gay asylum seekers often have strong reason to distrust the authorities and don't reveal the real reason for their persecution. But it is critical that they get the right, expert advice from the start, if they have a valid case.

UK L&G Immigration group help and advice on asylum for LGBT people. Has good links to other asylum services. www.uklgig.org.uk.

Rainbows Across Borders is a new voluntary self-help group for asylum seekers in and around Croydon: www.rainbowsacrossborders.org.uk.