See this link for a recent memorial notice to Kellie.

Kellie Telesford was the first of 26 transgendered murder victims who Aurora commemorated in its IDAHO remembrance 2009.

On April 16th 2009 a meeting took place in Croydon police station to review concerns about the investigation into the murder of Kellie Telesford.

Two representatives of the Serious Crime Unit attended, with Lesley Burton, who heads the Crown Prosecution Service. Several civilians attended, some representing national organisations and others were local members of the trans and BME community. All those who requested a place were able to attend (even one for whom no place had been reserved because we'd forgotten to include his name). Kellie' sister was also there and spoke about Kellie.

Various issues were raised in an open and unstructured discussion.

The Metropolitan Police's independent LGBT Advisory Group took on the issues that could not be dealt with adequately at the meeting.

The inquiry is no longer an Aurora matter, we have contributed some insights into the investigation and the case presented by the CPS, and several matters that were contributed by other organisations in the final consultation before the meeting of 16th April. These matters will now be dealt with more effectively than we, in Croydon, could have done on our own.

Notice of the meeting arranged for April 16th 2009:

Meeting on the Inquiry into the murder of Kellie Telesford

At 7pm on Thurday April 16th 2009 there will be a meeting with representatives of the Serious Crime Unit and the Crown Prosecution Service, where parties who have an interest in the investigation into Kellie's murder can deal with outstanding issues and concerns from the community.

If you or your organisation would like to ask questions, or attend yourself, please phone the Aurora number, 07733 286954, or e-mail info@aurora-croydon.org.uk.

Please watch this page. Details are still being decided.

Send questions in advance through the contact above. This is to ensure that the questions get answered, and, if possible, to get a reply to the questioner.

The number of places is limited. So please make initial enquiries as early as possible. If you are not successful in getting a place, please contact the Aurora telephone, e-mail or secure text link, and we'll see if anything can be done. Written questions are very welcome. Please send them by Thursday April 2nd, if at all possible.

Aurora has made the police aware that the restricted size this meeting may well generate distrust, and the unusual nature of this inquiry makes it likely that relying on written questions from people who will not be able to attend or will lead to unusually high levels of misunderstanding. Some attempt will be made to answer the questions of those who cannot be present.

However the Met's LGBT AG (and the Serious Crime Unit) are prepared to arrange a second, larger meeting, but only if this proves necessary.

18-year-old Shanniel Hyatt admitted to stealing Ms Telesford's mobile phone, Freeview box, DVD player and Oyster card, but said that he had not known that she was transsexual and that she had been 'fit and well' when he left. He denied murder. 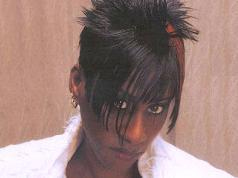 He was later cleared of murder and of manslaughter after the jury spent four hours deliberating.

Mr Hyatt's barrister Joanna Greenberg QC suggested that Ms Telesford died during a sex game with another man after her client had left.

The Old Bailey today heard that a 39-year-old trans woman was strangled to death in her flat in Thornton Heath by a teenager who had allowed her to perform oral sex on him.

Miss O’Neill, prosecuting, said that 18-year-old Shanniel Hyatt, went back to Kellie's flat on the evening of November 17th and, after she had performed oral sex on him, he became angry when he discovered she was a transsexual.

The prosecution claims that Hyatt, who was 17 at the time, strangled her and stole items including Kellie’s Oyster card, which he used to get the bus home.

Hyatt’s defence barrister, Joanna Greenberg QC, said her client left Kellie's flat at 10pm, that Kellie was still alive and he had not killed her.

Investigation into the murder of Kellie Telesford

In November 2007 Kellie Telesford, from Thornton Heath, was murdered in her flat. Aurora was active in seeking background information about her and sending out the police's request for information to very many trans people and organisations and in trying to make it easy for transpeople who knew her to come forward.

Shanniel Hyatt, 18, of Northborough Road, Norbury was charged with the murder of Kellie Telesford today.

The local press reports that a 17 year old teenager has been charged with murdering Kellie and will appear at the Old Bailey on January 16th 2008. And a 20 year old woman has been arrested in connection with the murder and is to answer police bail later in January.

Police are still asking for people who knew Kellie to speak to them.

One suspect has been charged and remanded to appear at
Croydon Youth Court on 17th December.

If you do want to contact the Incident Room the Detectives just want to remind you
that they are absolutely dedicated to finding out what happened.

We can arrange for you to speak to a police officer from the Trans community
(we have several) who can speak to you with knowledge of police investigations.

Detectives investigating the death of Kellie Telesford, whose body was found at her Thornton Heath flat last week, are now treating it as murder.

They are following several lines of enquiry, but are continuing to appeal to members of the public who had contact with Kellie between the 15 and 21 November 2007 to come forward.

DCI Cliff Lyons, from the Homicide and Serious Crime Command and who is leading the investigation, said:
"We would also like to speak to anyone who knew or who has had a relationship with Kellie to help us build a picture of her lifestyle. We know she went to venues popular with the Lesbian Gay Bisexual and Transgender communities, in particular in the Croydon and Brixton area.

"There are several lines of enquiry that we are following, but help from the community is still paramount. I would also like to reassure all parts of the community affected by Kellie's murder that our dedicated team of detectives are committed to finding the person responsible.

"The LGBT liaison officers on borough are aware and are acting as line of communication to and from the investigation team, ensuring any fears can be addressed. It should be stressed though that we have not seen any further incidents similar to Kellie's murder.

"Information will be treated sensitively and in the strictest confidence. The incident room can be contacted on 020 8721 4205, or passed anonymously via Crimestoppers on 0800 555 111."

TO RECAP: At approximately 21.00 (21.11.07) officers in Thornton Heath responded to reports to concern for welfare from friends for the occupant of 81 Leander Road.

Officers attended the address and forced entry, where they found a body. LAS also attended and the 40 year old was pronounced dead at the scene.

Kellie had been born Kayiode DEXTER-Telesford, but at the time of her death had been living as a trans-woman for a number of years.

We are appealing for information following a suspicious death in Thornton Heath, Croydon.

At approximately 21.00 (21.11.07) officers in Thornton Heath responded to reports to concern for welfare from friends for the occupant of 81 Leander Road.

Officers address and forced entry, where they found a body. LAS also attended and the 40y/o was pronounced dead at the scene.

Family are aware, and although formal identification has not yet taken place we are satisfied the deceased is Kellie Telesford (DoB: 16.11.67 - 40yrs) of Leander Road, Thornton Heath.

We are keen to hear from anyone who saw or who was with Kellie between the 15 and 21 November 2007.

Aurora has been told that the police particularly welcome local information
especially from transgendered people.